Hardy animals and quite disease resistant 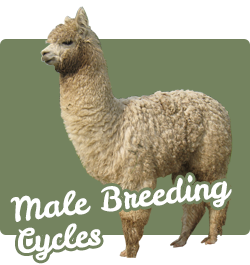 History of the Alpaca

The camelid family that include vicunas, guanacos, Llama from South America as well as the Dromedary and Bactrian camels from Africa and Asia, also include the domesticated Alpaca. Around ten million years ago this animal family walked the plains of North America. Two wild species, the guanacos and vicunas emerged from the South American camelids that migrated there around 2.5 million years ago and still lives in the Andes. According to historians Alpacas exist via selective breeding of the vicuna as there are similarities like teeth, fibre and size between the wild vicuna and the domestic alpaca.

Most of today’s alpaca are found in Peru with around three million still in the Andean Highlands. Alpacas were first imported into the United States in the early 1980 with only a few in zoos while private collectors also love them. It is a popular animal internationally as prize show animal, their luxury fibre in countries like Israel, France, and Poland, New Zealand Australia England, Canada and US.

Interesting physical facts of the alpaca is its birth weight of 10 – 15 pounds, its life span of 15 to 20 years, and adult weight of between 100 to 190 pounds. Alpaca reproduction cycling is interesting too and unlike its camelid family does the alpaca female not go into heat and thus breed any time of the year after she reaches 16 to 20 months of age.

Males on the other hand starts breeding at two and a half years old. The gestation period to produce a baby alpaca is 335 days. Alpacas are very hardy animals and quite disease resistant, however breeders take the animals for yearly vaccinations, dental care and toe care especially show animals. Each year to eighteen months they are shorn for health purposes but also mainly for the exquisite fleece.